Sponsored: Honey is five times more expensive than oil, and its market is growing not only in Africa but around the globe, as the world commemorates International Bee Day today. One kilo of honey in Kenya costs between $6 and $11 (Ksh500-Ksh1,100), five times the price of a liter of petrol, and a jar of honey in the Arab market will fetch almost twice that amount ($15-$25). It’s a price tag that has honey farmers all over the world salivating.

Kenya has had a honey production deficit since independence, resulting in over 80% of honey processed in Kenya being imported from Tanzania, despite the fact that the country has a lot of potential for beekeeping. In fact, leading honey producers in Africa such as Ethiopia, Zambia, Tanzania, Uganda, and Zimbabwe have similar climatic conditions for beekeeping as Kenya.

Honey is in short supply around the world, and while Kenya has the capacity to help alleviate some of it, no progress has been made in this direction.

“Bee-keeping in Kenya has been practiced traditionally for many years.  However only 20% of the country’s honey production potential (estimated at 100,000 metric tonnes) has been tapped”, says Kyalo Mutua Maveke the CEO of Savannah Honey

Many Kenyan farmers are yet to commercialize honey production since the field is still seen as a poor man’s preserve. This has been the case despite the fact that the commodity has a large market in Europe, Asia, and the Middle East.

Who is Savannah Honey and Should you Invest?

Savannah Honey is a social enterprise that has been involved in empowering interested beekeepers for the last seven years through ;

The Langstroth beehive has a multi-layered construction and interchangeable frames to enable bees to create their hives in a systematic manner and make honey harvesting easier for beekeepers. The frames are built to divide honeycombs as bees connect honeycombs to adjacent frames, allowing beekeepers to easily handle their bees and honey collection.

Savannah Honey has employed over 4,000 farmers in East Africa and has recently introduced a new initiative aimed at 7,000 people who do not have the time or land to beekeepers but want to make money from modern beekeeping. This is an ideal scheme for those people who work in the cities but have land in the village that is unused. This also refers to those who want to participate in the scheme but don’t have access to properties or farms. Savannah Honey will lease land for them in order for them to start the business.

Also Read  DFK: This Facebook Group is planning to grow one million trees and bring back Kenya's green

Survey – According to Savannah Honey

Observations – According to Savannah Honey

The interested clients will have Savannah Honey manage the apiaries and the whole operation for them after buying the beekeeping equipment, and they will purchase the honey after the harvest. 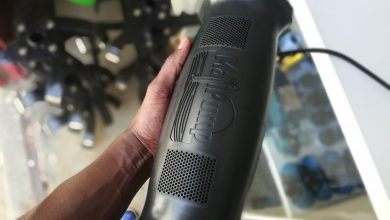