The severe drought affecting Kenya, which has driven up the cost of food and fueled inflation in the country. Since the end of 2016 conditions remain dire in half of Kenya’s 47 counties. The situation has been exacerbated by the impact of climate change, and it is anticipated that some regions could reach emergency levels of need by end of October. There will be shortage of food towards December and only the farmers with the right irrigation systems will be able to grow food for their families and supply to various markets around the country. One of these irrigation methods is drip irrigation.

A well designed drip irrigation system in Kenya benefits both the farmer and environment by conserving water and fertilizer and requires little labour to use once it is set up. Water is applied either on the surface, next to the plant, or subsurface, near the root zone. In dry areas, fewer weed seeds germinate between rows because there is less water available beyond the plant root zone, although weed roots may grow toward the wet zone, especially when plastic mulch is used. With drip irrigation there is less evaporation than with sprinklers. Evaporation losses from the soil surface are further reduced when drip irrigation is placed under plastic mulch.

It requires some expertise to install and operate a drip system. Consultation with a knowledgeable professional is wise. A poorly designed system can result in yield variability in the field due to areas of over- or under-watering and clogged lines. Trying to save money by cutting costs on initial equipment purchases will likely be more expensive in the long run. Any or all of these problems can completely offset the potential cost savings from using drip irrigation, but they can be avoided by using good equipment and proper design and installation.

Organic materials such as plant materials, algae, small living organisms, and inorganic sand, silt, and clay are likely to be found in surface water such as a pond or stream. Well water is likely to have some sand, silt or clay particles, although not as much as most surface water. These particles can clog the small emitters in the drip lines. Filters are used to remove particulate matter as discussed later. Surface water might have contaminants from run-off, which can include diseases such as Phytophthora.

A slope of 2% or less is the ideal for drip irrigation. The length of lateral lines, the pump size, and pressure regulators are chosen based on the slope. It is best to run the rows horizontally across a slope, but if rows must run up and down, it is best to have the water flow downward through the drip lines. Water should also flow downward in headers. This probably requires that water be pumped to the top of the field so it can flow downward from there. With slopes greater than 5%, pressure-compensating drip tape is needed.

The soil type determines the soil wetting patterns. Soil wetting patterns in turn influence the depth of the drip tape and the distance between emitters. The duration and frequency of irrigation are also determined by the soil type. Over-watering can move fertilizer away from the root zone. On sandy soils, water goes primarily downward rather than horizontally so emitters should be at relatively close spacing. Spacing between emitters can be greater in heavier soils where there is considerable movement laterally. In sandy soils, irrigate more frequently, but run the water for a lesser amount of time. In heavier soils, irrigate less often, but run the water for a longer duration. In both cases, this should lessen the chance of leaching fertilizers away from the root zone.

Drip tape should apply water uniformly throughout the crop root zone. The emitters should be close enough so that there is uniform wetting of the soil.

The length of the drip lines is another important consideration. The length is determined by the pump size, the field size(s), and the slope of the land. Any one of these factors will influence wetting uniformity because the emitters will discharge water at different rates if there are changes in pressure along the line. Because of variation in water pressure, tape is rarely laid out longer than a length of 400′ on fairly level land and less on slopes. Drip lines should run across the slope, but if this is not practical, it should run downhill so the pressure loss due to friction is counteracted by the gain as the elevation decreases. If the drip lines runs up hill, there is a double loss due to friction and increasing elevation.

The choice of drip line thickness, measured in mils, is based on how long you want the tape to last and the expected highest water pressure in the lines.

The tape should be placed as close to the plant as is practical for the specific crop. Drip lines are often laid between double rows of crops such as peppers. The soil will be wetter on the side of the crop where the tape is and most of the roots will be concentrated there. The tape should be placed so that the emitters are pointed upward so that any particulate matter will settle away from the emitters after the water stops flowing.

Tape can be placed on top of the soil or a few inches below the surface. If tape is on the surface, it is easy to observe wetting patterns and to make repairs if needed. The disadvantages are that there is greater evaporation in the initial stages of the crop’s growth and the tape is more likely to be damaged by production practices, wind, and animals. As tape is heated by the sun during the day, it expands and takes on a snake-like pattern in the row. This is particularly a problem with higher temperatures under plastic. This can be avoided by burying the tape.

For a given area, drip irrigation uses less water and at a slower rate than a sprinkler system. Therefore smaller pumps can usually be used. The required pump capacity is determined by the flow rate of the tape, total length of tape to be used at a given time and pressure loss due to friction and increases in elevation. Pump size should be determined when designing a system.

The choice of filter is based on the quality of the water passing through the system and drip application requirements.  Typical screen mesh size is 150 mesh (100 micron). The filter should be sized for the longest application flow rate needed.  Water particulates change through the growing season and filter flow rates are affected with dirtier water and more suspended particulates.  It is better to design a system larger than is required, compared to smaller.

Screen or mesh filters are inexpensive and easy to install. Mesh filters work well if there are moderate to low contaminants in the water, such as those coming from a well or public water supply. Screen filters have a limited ability to store contaminants. If the water comes from a river or pond, the screens will probably have to be flushed often. This could result in considerable down time and labor.

Mesh screen sizes are between 20 and 200 mesh. The larger the number, the smaller the particle the screen will filter out. The screens are made from stainless steel, nylon, or polyester. Follow the recommendation of the tape manufacturer as to mesh.

Mainlines can be metal pipe, HDPE, PVC pipe or lay-flat hose. They deliver water from the pump to the submains and laterals. Proper pipe diameter is a function of the pumping rate and distance the water must travel. Larger diameters can move greater volumes and have lower friction losses, but are more expensive than smaller pipes. The longer the pipe and the more elbows or junctions, the more pressure loss due to friction. A qualified designer can help determine the appropriate pipe size for the system.

Care should be taken when laying the pipe to prevent soil or debris from getting into the system and clogging the lines. The lines should be flushed before the tape is connected to remove any dirt that got into the lines during installation.

Back flow preventers or check valves allow water to flow in one direction only. They are used to prevent water from flowing backward into a water source after the system is shut off. This is especially important to prevent injected fertilizer or pesticides from contaminating water supplies.

They maintain the desired pressure as the water flows through the system. They are required to supply the appropriate pressure to tape and may be needed to protect filters and other components. They should be sized according to the rate of water flow. Drip tape typically operates at 12 PSI.

Tomato Farmers Are The Future Millionares

Increase your income by adding value to farm products 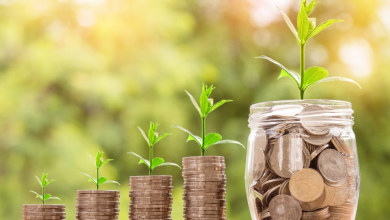 Farming ideas that can help you save and grow your money 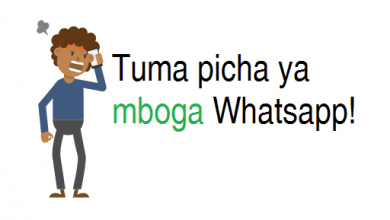 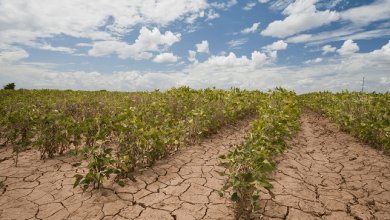 Lessons learnt during the 2019 drought in Kenya